I used to live by a simple rule: never own or wear a pair of shoes that you can’t play soccer in.

Sadly, I abandoned that rule right about the time I got my first real job. While my Clarks® and Dr. Martins® are plenty comfortable, they don’t provide much fine motor control. The price we pay for fashion is steep, my friends.

I’ve come to terms with the fact that,due to circumstances beyond my control, I’m no longer much of a soccer player. I don’t have time to keep match fit, don’t live in an area that provides many (safe) opportunities to play, and I’m the walking definition of a “fall risk.” I’m ok with it, really, as I’ve come to enjoy various other activities to the same extent I used to enjoy soccer.

Despite this, I still try to keep my shoes ready, because…you never know.

Like sometimes, you’re on vacation in Arizona, about to go to the Cheesecake Factory, when your fiancée’s friend’s husband texts her to see if you’d like to play some pick-up soccer after dinner.

Happens all the time.

Being a reckless maniac, you agree, despite a lack of gear/clothes/functioning body parts. You also eat way too many fish tacos before hand, full well knowing it’s a terrible idea to sprint around with a belly full of tortillas when you haven’t played a real match in a year and a half.

This time I had some running shoes. I was as prepared as I needed to be, fish tacos be damned.

At 10:00 PM, I walked out onto a “field” that had some mobile spot lights setup on either side. The goals were of the shoddy, duct-taped-together PVC variety. We had an uneven number of players of varying skill levels. The air was a surprisingly cold 37 degrees (I had always thought the Phoenix area never dropped below 85 degrees prior to this). But all of this mattered little as soon as I got the ball at my feet.

I only knew one other player, the aforementioned fiancée’s friend’s husband, and I’d only met him two or three times. As is typical of friendly pick-up soccer, there was playful banter between the opposing teams. Jocks being jocular, and all that. As we were warming up, I didn’t pay much attention to the conversation, as I was transfixed with the ball.

Then someone said something I couldn’t ignore:

“Chicken Marsala? Yea, I love that stuff. But you’ve gotta make sure the chef cooks out all of the wine, so you don’t accidentally swallow any alcohol.”

I laughed until I remembered where I was, and who I was with. Someone asked me if I was “LDS”, so I awkwardly laughed and said no. They were concerned with ingesting a tiny bit of cooking wine in a chicken dish and I had just finished making 5 gallons of homemade mead. Suddenly I felt very, very out of place. I was the outsider on this pitch; a foreigner in the capital of a country where he doesn’t speak the native language.

I started listening to more of the conversation. The more I heard, the more awkward I felt. I had stumbled into a long-standing Thursday night tradition whose participants were so culturally different from me I was worried they’d find out my secret and banish me from their sacred land. I stayed silent, just passing the ball around, trying to avoid being questioned too thoroughly.

I spent the first 20 minutes in the back field, passing the ball off quickly, staying away from everyone else, irrationally fearing the worst.

But then a strange thing happened: the game got underway and the verbal conversation stopped.

The language shifted to one I knew, so I began to “talk.” I spoke with chips across the field, through-balls, and curving shots on net. I questioned with give-and-gos, Cruyffs, and rushed attempts to get back and defend. It turned out we had a shared language after all, and I spoke it fluently. The other plays spoke back: cheering great plays, lamenting missed shots.

It was only a matter of minutes before I’d forgotten any insecurity, and was just playing soccer with some friends. I didn’t really know them, but we had a connection, and that was all that was necessary. I respected them, they respected me, and at the end of the night, we were little more than a mob of exhausted 20-somethings.

It had been a long time since I’d played, and all the emotions and excitement were pretty overwhelming. I was thankful that these strangers had let me play with them, despite our obvious cultural or spiritual differences. I had revived a part of me I thought long dead.

I went to sleep that night sore but contented. I slept soundly. My dreams were pleasant.

All because I had the right pair of shoes. 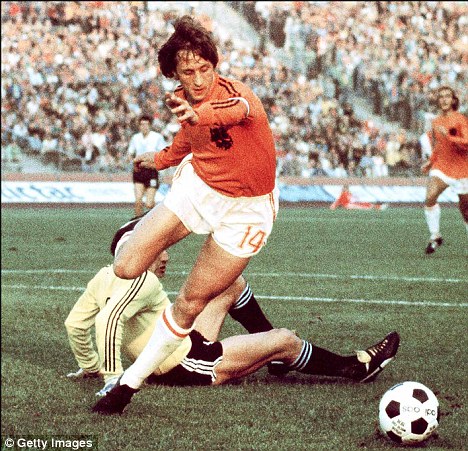