My taste buds are always up for an adventure. Especially if that adventure includes hops and malted barely. I’ve plowed through my fair share of small craft samplers over the years, but never truly took the time to appreciate how good (and sometimes bad) the collections may be.

Spring means Spring seasonals, most of which are citrusy and wheaty, which are juxtaposed to my normal beer-pallete, which is fickle and likes what it likes.

I decided to pick up two non-seasonal samplers that contained at least three of a beer I already liked, so I could at the very least enjoy one fourth of my purchase should the other nine turn out to be rancid.

I tried my first Smuttynose (Pumpkin Ale) last fall, at the behest of my fellow beer enthusiast Justin. As one who has a voracious appetite of any combination of fruit and alcohol, I was eager to try it. Last fall alone, I tried nine new pumpkin ale varieties and I would place Smuttynose PA near the top of that list.

This sampler came all the way from Portsmouth, NH, which is the sister city to Nichinan, Japan. I don’t quite get the box or label art (maybe it’d make more sense if I was sitting on a porch of some old house in New Hampshire), but I’m not one of those weird snobs who turns his nose up at a beer based on the bottle it comes in.

The four beers in this sampler were (past tense, I drank them all): 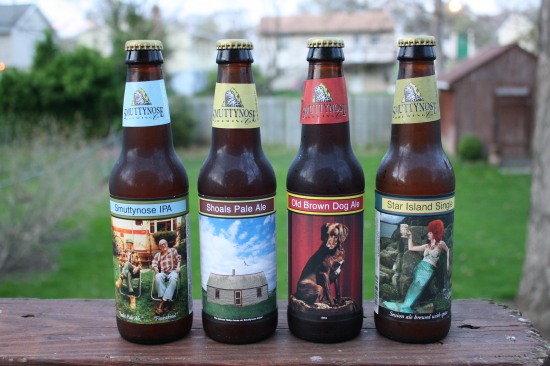 Left to right, order of enjoy-itude.

Clipper City Brewing Company of Baltimore, MD, is basically in my backyard. For those of you who don’t know Baltimore, the entire city is infused with nautical themes; an 1854 sloop-of-war (the USS Constellation) sits anchored in the harbor. I’m always a sucker for local beers, getting a giddy squeal of delight when I see “brewed in Maryland” on the label or packaging.

Heavy Seas, a pirate themed series of beers that boasts plenty of Chesapeake Bay charm. I’m sure any of these would make a marvelous match for some fresh blue crab. An additional gimmick with this sampler is that you’re given a mystery beer, marked with an iconic “X” on the box.

The names and label design of these brews is delightfully silly and clever: 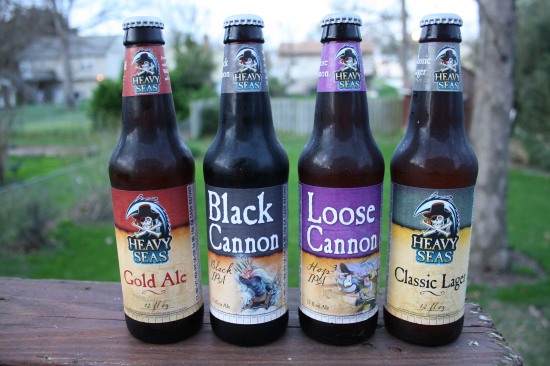