If this isn’t obvious at this point, I can’t help ya.

My friend Justin said that I wasn’t so much a beer critic as a beer appraiser.  I’m the “Antiques Road Show” of beer reviewers. Everything has its value, even that weird old afghan you found in your great aunt’s attic.

I have yet to give a beer less than 7 out of 10. I so rarely have a beer that is below a “C” for me, just because I fundamentally love beer so much. I can always find some kind of merit in a beer, even if it is outside my normal comfort zone, or more importantly, flavor zone.

I really try to find problems. Too tart, too watery, too generic. But my complaints are always overshadowed by my appreciation of the positives. I can’t help but think of the master brewer, testing the relative gravity, adjusting it perfectly to his detailed specifications.

Who am I, the lowly drinker, the anonymous end-user, to criticize his art?

I’ve been there. I’ve cracked the barley. I’ve bagged the hops. I’ve boiled the mash and stirred the malts. I’ve handled the ~50 pounds of steaming pre-beer, trying to bring it down to the correct temperature for yeast.

It’s hard work. It’s precise work. It takes part of the brewer to create a great beer, part of his energy and soul.

To give a beer a bad review is to disrespect that soul.

So I always try to find something redeeming. Even if it’s just the label art or the color. Every beer has its place in our world, its place on our palette.

Dark beers that lack hops are not my favorite. Part of the reason I drink beer is for refreshment, and dark malts tend to be antithetical to that notion. I do enjoy a good stout or porter during the winter, but I don’t often buy dark beer just for the sake of it.

Harpoon Munich Dark is toasted and chocolaty. It sits heavy in your stomach; this is a beer to drink while you read or unwind, not while you party. Any hops are sedated by the thickness of dark, traditional malts, making this an incredibly flavorful brew that is more like milk than beer.

I don’t drink them often, but if I were going to, I’d pick this beer again. It’s well done, even if it isn’t overly Oliverian. I think I’ll try to mix this with Harpoon IPA, to make a weird, hybrid Black and Tan. 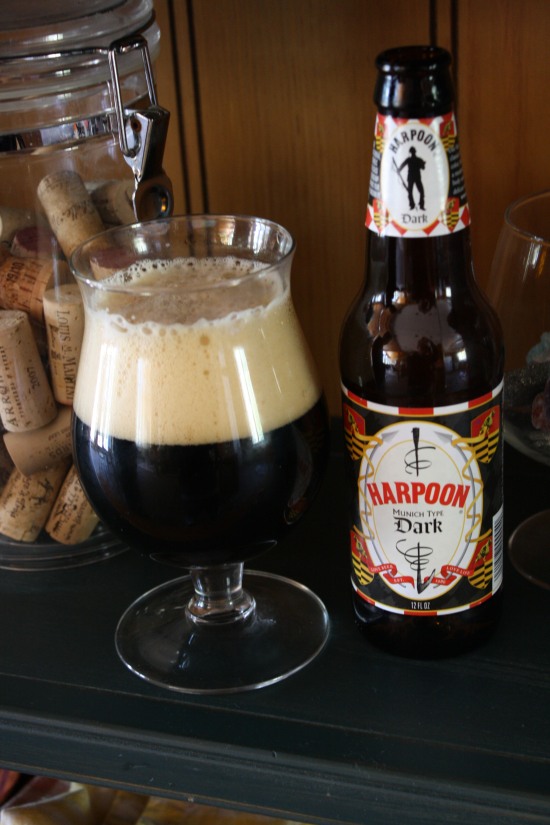 That concludes this series. Subscribe to check out the next round (which I haven’t chosen yet)!