In a triumphant display of “I can’t do basic math”, I miscounted how many beers were in the samplers I recently bought.

Flying Dog had the awesome audacity to include six (6!) beers in its summer sampler. I’m so used to four times three in a sampler, the original five I had counted had thrown me off as it wasn’t a factor of twelve. Somehow, in my math-daze, I missed the sixth beer entirely.

Numbers, to me, are like people who don’t read. We’ll never be on the same page.

The mystical eleventh beer of this review series is Flying Dog In Heat Wheat. It’s a traditional Hefeweizen (pronounced heff-a-vite-zin, which literally means yeast [hefe] wheat [weizen]) and it doesn’t stray far from the tried-and-true. The “hefe” prefix is attached to a normal “weizen” to suggest it has been bottle conditioned, and may contain sediment.

Drinking sediment is not recommended. Especially when the barley in the recipe has been replaced with wheat. To say you’d be gassy would be a gross understatement.

It shares a lot of the characteristics of other production Hefeweizens. Namely: cloudy yellow color, abundant, pure white head, yeasty smell, and clear, nearly offensive wheat flavor. It has taken a while for my palette to adjust to wheat as opposed to barley, but every once in a while, I like the change.

The addition of wheat and the German strains of yeast pull out all sorts of flavors that are often buried beneath the weight of barley. The hops tend to be less bitter when coupled with wheat, and the sharpness of the carbonation is more biting on your tongue. You get fruity notes (sometimes even banana, if you squint, turn your head, and drink the beer out of a shoe) and other less obvious flavors that are nowhere to be found in lagers or ales.

In Heat Wheat is a tad spicy, like someone added cinnamon to the batch just before bottling. I always try to drink my Hefeweizen (of any brand) from a smaller glass, as it helps to avoid any sediment in the bottle, and the smaller amounts of beer at a time help you appreciate the flavors a lot more. It’s also fun to pretend you’re a giant who drinks little puny human beers from tiny little human pint glasses. 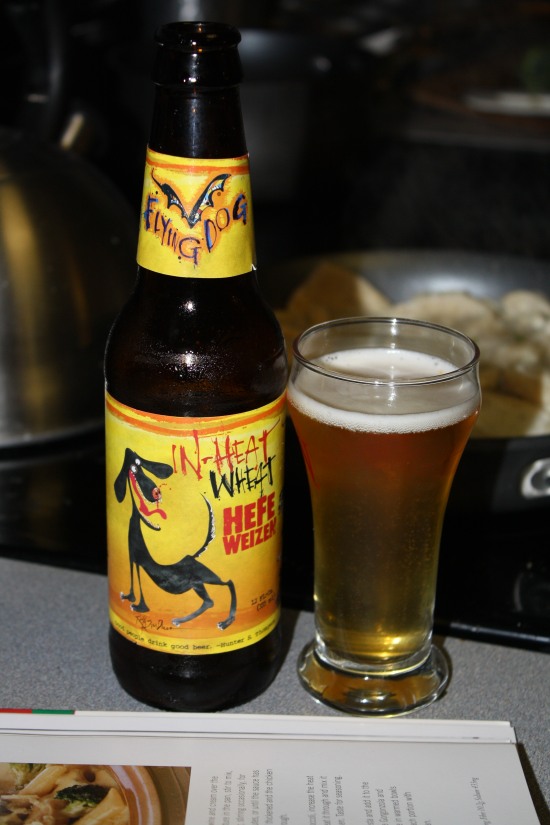