He wore a wide-brimmed hat to keep his fair skin out of direct light. Long sleeves covered his existing, blistering burns, and he sweat like a mobster taking a polygraph. His thick white clothes were his only armor against the rays that bombarded plant, stone, and man.

His garden was wilted. The plants struggled to grow with what little water they were provided, and lost most of it to the heat of the day. The shade of his wooden shed gave them some respite, but the sun moved quickly and consistently. He lost a whole row of beets to a wildfire a few weeks earlier. He sat and watched as their above ground leaves burst into flames, spontaneously combusting under the midday sun. All that was left were blackened husks. The fruit below the earth dry and hard, unfit for human consumption.

But still he farmed, or farmed as best he could. The animals had perished long ago, and the few cacti and longrasses that could survive the summers make for bland, unsatisfying meals. He dug his rows at night, when the temperature dropped to a tolerable one hundred and three degrees. This was the only time the ground was breakable; he’d ruined 3 good shovel trying to crack the crust of baked clay that covered his land during the daylight hours.

An eye dropper was his watering can. Each drop he placed was precious, so he made sure each plant got only what it needed to not die. The arid soil gulped each drop greedily, and he prayed that it would seep low enough to nourish the parched roots. The plants survived through his meticulous care, but they did not thrive.

One night while digging a row for the tomatillo seeds he had found in his basement, his shovel struck something hard. The reverberations rushed to his shoulders, causing him to drop the shovel and grab his right arm in pain. As he slumped to the ground, he could see the edge of what he had struck. Something big. Something metal.

The next night, he ignored his rows and began to dig up the newly found object. It could be anything from what he could see of it; an old car, a chest, a washing machine, or even part of some left over military ordnance. He worked unrelentingly to unearth whatever it was; this find was the first thing to break his routine in a number of years.

It took a week of nightly digging, taking a few hours each night to drop water on his existing plants, to dig a hole big enough to get a true sense of the thing. It was rectangular and heavy, roughly the height of a man, with the outline of what appeared to be two hinged doors, caked with dirt. He dared not open it. He feared its power.

The thing became an object of worship and wonder; a monolith that he admired as much as he feared. The world had been destroyed by the evils of men and machines, and it was entirely possible this massive metal block was a weapon that would put a quick end to him and his little patch of struggling life. But something inside of him burned to know its secrets, burned like the sun in the middle of the day, burned like the nuclear clouds that drifted across the planet.

The fire inside overwhelmed him one evening. He found himself standing in front of his god, shovel stuck in the crack between the doors, ready to pry them open and meet his maker. He stood at the ready for hours. Finally, with a breath of despair, he put his weight against the shovel. The doors swung open easily. He was hit by something he hadn’t felt since he was a just a boy.

Smoke accompanied the drop in temperature, and he stood for a minute shocked at the relief he felt. Large bricks of smoking, translucent material sat in the bottom of the opening behind the doors, radiating a refreshing coolness. In the bright moonlight he strained to see what else was inside. It was a cavernous thing, this cold metal box, but the only thing that sat on a shelf in the middle were 6 brown bottles, all near freezing and almost painful to the touch.

He knew bottles from his childhood. He removed one and carefully used the shovel to remove its cap. A small hiss let him know its seal had stayed intact. He pressed it to his lips.

The rest he poured onto his plants. 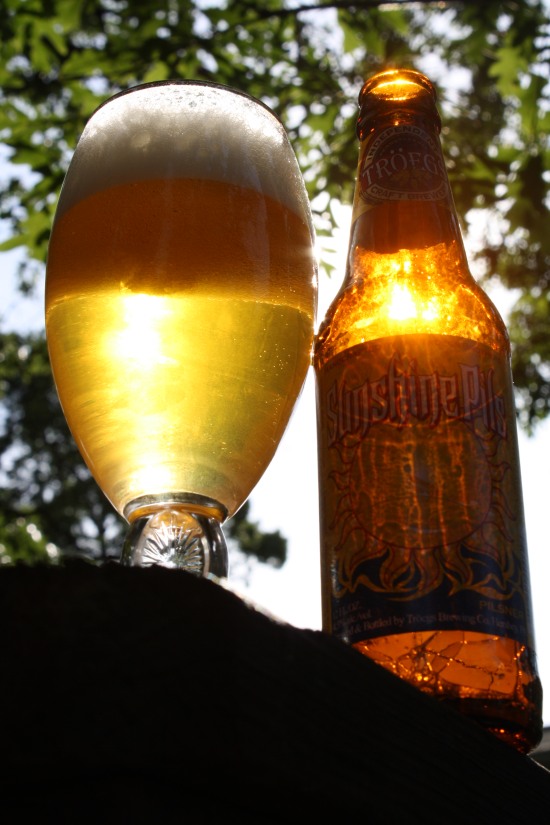 It is incredibly difficult to take a picture of direct sunlight.