The kids are all abuzz with the saying, “don’t be a tool” with the obligatory “bro” or “brah” or “son” perfunctorily tacked onto the end.

I say screw the kids.

A lot of writers (and hopeless creatives in general) assume that their brain is the one and only thing they need to succeed. In defense of that theory, it is the source of all your ideas, the seat of your talent, and the mother of all of your ingenious invention.

But the brain is only the Dewalt cordless drill of our creative toolbox. We have tools all over us. In fact, we are made out of tools.

It would be pretty difficult to write without your hands. Sure, there are things like Dragon out there, but at the end of the day, I don’t know one writer who doesn’t rely heavily on the ten or so fingers at the ends of his arms to bring his stories to life. But do you take care of them? Are you careful about where you stick them, what your pour onto them, or what they do while you’re asleep?

Until very recently, I was a nail biter. The moment the tips of my nails got longer than 2mm, I gnawed them to bloody nubs like some deranged mental patient in an independent Canadian horror film. My fingers constantly hurt, and I’d be forced to keep band aids on them, which in turn impacted my writing.

I finally realized how stupid I was being and kicked the habit. I went to Target and bought some $3 nail hardener which also tastes like a mixture of cranberry juice cocktail and roadkill, just in case my resolve lapsed. I applied it daily and let my nails grow, only trimming them with a set of nail clippers when they looked uneven. The added bonus: my finger nails are now bright and shiny like a Disney Princess’s tiara. I am bootiful.

Suddenly, magically, my fingers don’t hurt! I can write for hours and hours without worrying about that raw cuticle I ripped into the side of my thumb. All because I took the time to take care of my hands, my tools.

That little anecdote is just one, somewhat graphic, example. You wouldn’t leave your nice expensive Craftsman table saw that you “borrowed” from your neighbor 9 months ago out in the rain, would you? Then why would do something similar to your body?

Deep down, we all have this image of these amazing writers and artists who lived the dream and created mind-blowingly brilliant work after six lines of cocaine and a fifth of Jameson. Unfortunately, this is not reality. Most of the people who lived like this crashed, and crashed hard. Think Hemingway, Capote, Thompson, Kerouac, Poe, Fitzgerald, Joyce, etc. While a few drinks may loosen your mind-muscles, a lifetime of binge drinking will not result in success unless you were born with some supernatural talent and an immune system to match.

You’ll never get to the height of your creativity if you feel like crap. It’s that simple.

To be great you have to work hard, and to work hard you have to feel great. It can be difficult to eat right and exercise all the time, but you have to try. Little things make a big difference. When considering that Five Guys double cheeseburger, opt for a salad from Sweet Green instead. When you’re sitting waiting for that slow ass elevator, remember that the stairs would get you there faster, and you’d feel better. When you sit down to clack away at the keyboard, these little choices will seep from your body through your fingers into your writing, and it will be better, because you are better.

You have been given an amazing set of tools. Use them and take care of them. Don’t leave them out to rust. 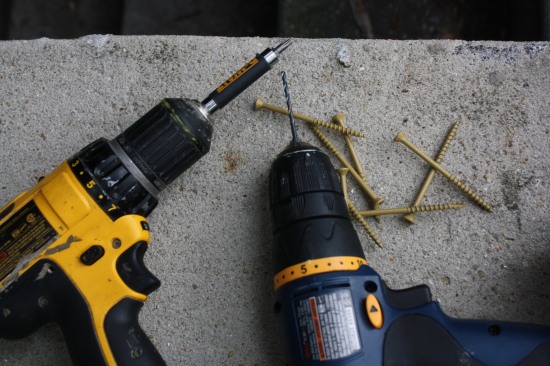 Drilling a pilot hole is like the first draft, and drilling the…nevermind, this analogy is going nowhere.