This is one of the few times you’ll ever see me coming close to considering thinking about maybe talking about something political. It’s one of those topics from which I respectfully abstain, simply to maintain my sanity and calm demeanor. Before anyone gets all frothy-at-the-mouthy, please note that this is an article about arguments and rhetoric, not conservatism and liberalism.

I am part of a mortally wounded breed known as politically “neutral.” I’m just as frustrated/confused/disgusted by what both dominant parties say, but I also see some merit in the basics of their overall arguments. Both sides occasionally makes good points, both sides have something to bring to the table, and both sides lie and cheat and manipulate when it serves them best. I know that an ambivalent voter is kind of pointless, but…meh. I spent my developmental years unable to vote (green card, holla!) which made my apathy towards the entire system grow strong and calloused as I couldn’t even have participated if I had wanted to.

My issue is not that we’re currently in a moment of history where everyone disagrees with everything anyone says. That’s not new. Humans are built to disagree; it’s the same principle at work that makes dogs chase cats, why we have a bipartisan system, and why Bristol Palin no longer has a reality TV show.

We’d still be drawing Ptolemaic spheres with Earth at the center if not for disagreement. We’d still be sailing our ships off the edge of a flat world. We’d still be in the dark ages if the countless scientists and engineers in our history hadn’t had the balls to disagree with the status quo.

But based on the conversations that flood the media, I worry that we as Americans have forgotten how to disagree. All I see is wild accusation, defensive counter-attacks, and snide territorialism over who knows what and what is therefore right.

The structure of a traditional civil argument should be:

Person 1: “I believe marshmallows should be removed from Rocky Road ice cream because they freeze and get hard which ruins the eating experience. Here is some well researched data and some testimonials from others who have experienced this to support my argument.”

Person 2: “While I understand your issue with the marshmallows, removing them would effectively destroy the identity of Rocky Road ice cream. It would be like removing the almonds, or changing the ice cream flavor to vanilla. I will review your research and consider your point, but perhaps what would be best is to introduce a new flavor entirely, with a new name, that doesn’t have marshmallows.”

And then they might go back and forth making compromises until both parties were satisfied. It might take a while and people might get frustrated at points, but with mutual respect an outcome would be reached.

Person 1: “I believe marshmallows should be removed from Rocky Road ice cream because…”

Person 2: “Fuck you! Why do you hate ice cream! Hey everyone, this guy hates ice cream!”

Then the first person gets equally belligerent, and what could have been a nice conversation boils down into a petty show of mudslinging and name calling that goes nowhere and accomplishes nothing. These types of arguments serve one purpose: to pour ants into the pants of the voting bodies using purely emotional appeals.

Anyone who has studied rhetoric know that Aristotle was the man. He believed an argument could be based on three types of appeals: logos (logic), pathos (emotions), and ethos (ethics). The perfect argument contained all of these appeals, which the listener could associate with and ultimately choose the side that made the most sense to them using all of their most powerful brain parts.

If we apply the Aristotelian Appeals to the current political campaigns, we see that the Republicans are predominantly (read: only) using pathos in their arguments, as most of what they say is an appeal to how people “feel” about a certain situation. They know their supporters well; they are driven by tradition, quick to anger, and resistant to change. They don’t mind lying (which violates ethos and logos) as long as it hits that emotional chord with enough force to move their voters into action.

Democrats on the other hand, base their arguments solely on ethos, using tactics that make their opponents look bad from an ethics stand point. They can’t shut up about Bain Capital, Romney’s tax records, or which men really don’t understand how the female body works. While these arguments might have some merit, they are quick to ignore context and any logic, in hope that their voters will be ethically disgusted enough to get out and vote.

That leaves poor logos all sad in a corner at the party, sipping on a Mai Tai, staring at the floor. Ethos and Pathos found their buddies and wandered off to dance. They just ditched logos. And that should really piss you off, as an American citizen.

Because it suggests that those in charge of our political systems don’t think you as a voter are smart enough to understand a logical discussion of facts, economics, law, and policy. And maybe you’re not, but in the current system, you’re not even given the chance to learn. They’d rather you act on emotions or ethics than logic, because with logic, we might actually learn something, and realize that the whole system is fundamentally fuster-clucked.

I know I can’t change much. I’m just one guy with a keyboard who loves studying the history of persuasion. But I can ask that we all take some time to relearn how to disagree. If you want someone to listen to your side, you have to be willing to listen to theirs. As hard as it may be to accept that there are people out there who are fundamentally different from you, it’s true.

Your life experience is a tiny piece of a massive world and a gargantuan universe. No one sees and understands things exactly the way you do; your time on this planet is as unique as your finger print. Remember that the next time you are so sure you’re right and have it all figured out.

Appreciate the other side. Be part of a conversation, not a yelling contest. 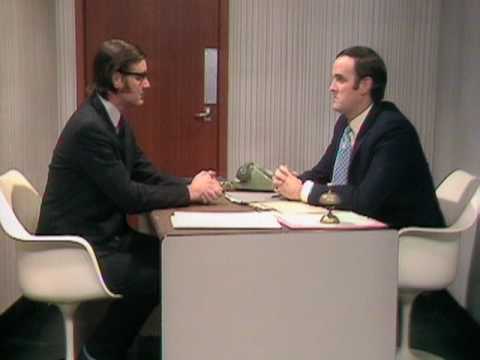 Look, this isn’t an argument.
Yes it is!
No, it’s just a contradiction!
No it isn’t!