Tucked away into the deciduous overgrowth of Forest Glen, Maryland, are a collection of buildings steeped in historical mystery.The sprawling complex, just feet away from the crawling DC traffic of i495, is home to buildings of random architectural styles, the oldest of which dates back to 1887.

The main building was first built as a resort for the DC elite; a place for them to escape the humidity and mosquitoes of a major city that was, according to popular legend, built on a swamp. That’s not actually true, but many areas of DC were built on or near coastal wetlands, which as anyone who has ever visited the Eastern Shore in July knows, is just as miserable and smelly as a swamp.

The main “hotel” building, renovated as of September 2012.

Despite a fancy casino, ballrooms, and well-stocked bars, the resort failed. It was too close to DC to offer any real respite or escape for the people who came to visit. Getting through the heavy woods surrounding the property also proved a challenge, with only one main entrance accessible by train.

After financial ruin struck the Inn, John and Vesta Cassedy leased the property and began transforming the complex into a finishing school for girls. They transitioned all of the entertainment venues and hotel rooms into classrooms and lecture halls.  In 1894, they welcomed 48 students into the National Park Seminary for the first time.

By 1911 the complex had been wired for the new amazement that was electricity and now housed over 230 girls and 42 faculty member. To accommodate the growing student body, buildings were erected all over the property. The plans for these properties came from a build-your-own-home book (something that I suppose was a lot more prevalent at the turn of the century) and each sorority on campus had the option to build their house in a certain style. This led to the colonial, Swiss, Dutch, Greek, Spanish mission, and even Japanese style structures that exist today. 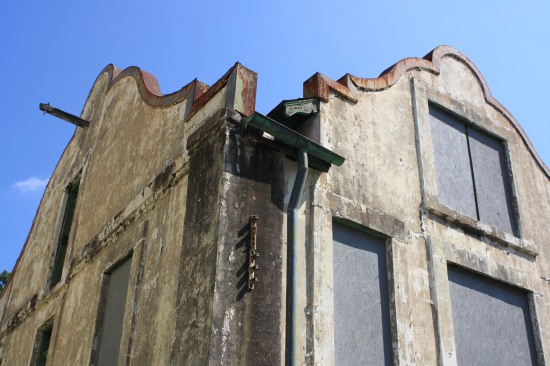 The Great Depression ravaged the school like it did the rest of the nation; enrollment dropped to 30 girls as most parents could no longer afford the tuition of a private institution. In an attempt to save the property, Roy Tasco Davis sold the property to the US army (for a paltry $890,000 mind you) who planned to use it for a peaceful recovery place for the wounded for World War II. 1942 marked the official transition of seminary to medical annex.

The Walter Reed Army Medical Center operated out of the eclectic mix of buildings until 1972. The army drastically changed the campus; tearing down the original plantation house and slave quarters that pre-dated even the main hotel building, and erecting barracks across from the gym, where the football and baseball fields had been. The government had even pushed to tear down the remaining seminary buildings, but local residents and conservationists intervened, demanding that the army do what it could to preserve the history of the local.

The campus was neglected and vandalized over the next 15 years, and the Greek style Odeon Theatre was tragically lost to arson. In 1988, a local group formed Save Our Seminary (SOS) in an effort to combat the decay and destruction of the property.

The Forest Glen Seminary is a modern archaeologist’s dream. Specters of the past pour from the walls of each building, reminding visitors that this place is old and deserves respect. Despite the already extensive renovations of the main building, further back in the campus, nature has done what it does best and begun to reclaim all it can. The two most remote buildings – the Beta Castle and the Villa – are in the jaws of the local plant life; poison ivy vines and tree roots climb and hug the sides of the buildings in a creepy verdant embrace. 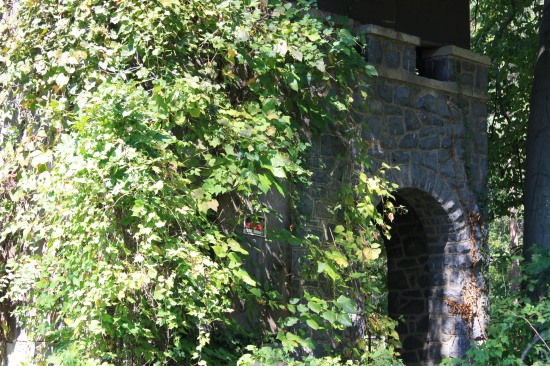 This castle has not seen a siege in many a day.

For anyone interested, SOS and a commercial developer are trying to preserve and restore the campus by turning it into residential area. They have cleared away a significant amount of old-growth forest (which makes me sad) but also managed to salvage a lot of the existing campus, statues, buildings, and walkways (which makes me happy). While I would normally be vehemently opposed to turning something so cool with so much heritage into condos, at least this way the buildings won’t be torn down and abandoned indefinitely.

That’s a win overall, I suppose.

Lastly, I made a video of every single picture I took on the day my sister and I went crawling through the woods to explore the Seminary grounds. I recommend viewing it in HD, if you’ve got the bandwidth.