My wife will probably agree that I’m not the most impulsive person in the world. Quirky, sure. Borderline crazy at times? I won’t argue. But definitely not go-buy-ten-kittens or fly-to-Mexico-after-work impulsive. I like to plan, make sure things are in order, have some sense of the logic of my path before I set to walking it.

Unless I hear the words “rum” and “beer” used in conjunction.

Lured by the siren call of pirate themed delights and the promise of freshly shucked oysters, I went straight from work to the Heavy Seas Brewery last night to attend the grand opening of the new tap room and the pre-release of Yule Tide Imperial Red Ale – get this – on impulse.

It felt right, so I went. I like this impulse thing.

Yule Tide, brewed with ginger and aged in Appleton Farms rum barrels, boasts an impressively subtle mixture of flavors. The rum is very present on the nose, but gives way to the full bodied (9% ABV) imperial red below, not showing up again until a bit of a liquor burn in the aftertaste. The ginger hides well, but comes out as the beer sits, especially in the last few swirls of the tulip. If you’re into sipping beer that warms your belly, I suggest you give it a try.

I took some pictures. They can say a lot more than I can. 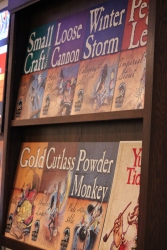 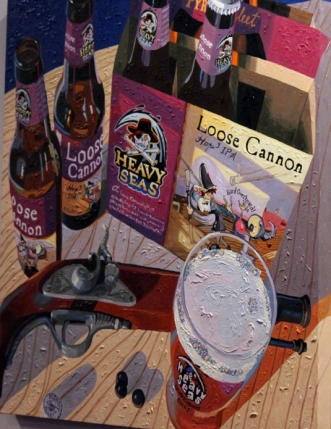 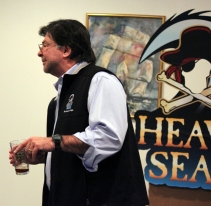