Welcome to chapter six of “December, 1919″, a serialized novel written by Oliver Gray. New chapters will be published every Wednesday. Links to all published chapters can be found here.

My days in the newsroom drag. The constant ringing of telephones and smacking of typewriters used to annoy me, but now they act like a journalistic lullaby. If not for some particularly potent coffee from Marco’s down on Market street, I’d probably be waking up with indentations of keys and fresh ink on my face.

The echo of Virginia’s gunshot keeps me awake. As I heard it crack all the bones of that quiet night three days ago, back turned, unsure who fired or from where, I imagined it zipping straight for me, like father, like son, fates cruelly twisted together like some defective DNA. Even though it hadn’t hit me, or anyone for that matter, it still played tricks on my subconscious, and as I lay in bed, watching the moon’s silvery fingers through the windows, all I could hear was the explosion of powder and my heart beating.

I had since avoided the brewery, hiding beneath piles of notes that needed transcription, occupying my mind with the minutiae of McGuire’s notes, hoping to find some new information about the murder. The police hadn’t changed their story, but McGuire was certain that the details had been washed, dried, and folded within the walls of the precinct before ever being made public. That was the game I played of late; burrow as deep down into the prosaic as possible to shelter myself from the bomb blast of reality that had scorched my earth near clean.

Virgnia’s gun and George’s fist weigh heavy, but not heaviest. It had been two weeks since my father had slipped from this life to the next, but I hadn’t really mourned. There had been no time. At least I tricked and then convinced myself that there had been no time; I’d actively thrown myself into anything and every activity I could find – financial paperwork, business plans, supply orders – bent on filling his shoes without taking the time to fully realize that he wasn’t there to wear them anymore. Besides, it seemed like mother was doing enough mourning for two. She wouldn’t eat much and slept as much as the cat, curled up on the chaise in the front room, endlessly staring out the window like his salt and pepper stubble might come up the front steps any minute now. Andy the little silver tabby, had rekindled his love affair with her lap, and I could pretty much always find them, an unaffected pair, dodging waking life by not participating in it.

I’d only seen Ginnie from a distance. I could see the purple on her cheek, the limp in her left leg, but she was alive, and had somehow placated her father’s wrath. Her body looked pained, but her eyes and spirit seemed as determined as ever.

“Are you almost done?” The voice broke my concentration, and I realized I had been staring blankly at nothing, fingers not moving on the keys. Nate stood in front my my desk, shoulders slumped in disappointment. “I know you’ve got a lot in your head, Jack,” he said, trying to inject some wisdom, “but we can’t fall behind here. I don’t want to have to hire someone else.You’re too good to easily replace.”

“I’m sorry, Nate,” I said, “I did finish Thompson’s and Pine’s notes though.” I handed him a dense pile of crisp sheets still stinking of the iron and carbon of fresh ink.

“And those?” He nodded to the even bigger pile to the left of my elbow.

“Not yet.” I said. “McGuire’s is still in here, before you ask, plus a few things Anderson asked me to transcribe for the story they’re running tomorrow.”

Nate’s face contorted in a mixture of panic and pain, like a dog who had just bitten down on a bumble bee. “You haven’t type up that story yet?” His raised voice cut through the din of the newsroom; a sour note so out of time with the majors and minors of business as usual. Voices dropped, eyed turned. “They gave that to you days ago! It should already be blocked by now!”

“An hour! Well don’t let anything distract you. I don’t want to have to fire you, but not even McGuire can stay my hand if you end up delaying the entire press.” His last puff signaled the end of his huff, and the switchboard operators stuck their heads out of their stained wooden doorways to see him march down to his office, still raving to himself about topics unintelligible.

As I energetically hammered the return key to begin the body of the release, my phone blared a hello, nearly shaking its own hook. “This is Jack,” I answered.

“Mr. Cooper?” A bright female voice on the other end said. “There is someone here to see you. Can you please come down to reception immediately?”

I assumed it was Ginnie, or mother, or possibly even Elmer, who’d been hounding me about a signature for days. “I’m very sorry, but I cannot spare even a minute now. Can you tell the caller to try me again later, or leave me a message?”

“Erm, Mr. Cooper, I don’t think that will work. You should probably just come down here.” Her voice trembled ever so slightly.

I could picture Nate’s face, near exploding, red, contorted, if he came back to find my chair empty. “Well I’m sorry, it’s just not a good time.” I could hear someone in the background, a low voice bearing the rasp of a smoker. The receptionist’s voice faded, and I could hear a slight “oh!” as someone took the receiver from her hand.

“This is detective Keith Berman, Philadelphia Police. I am here with Mayor Moore. You have two minutes to get down here, or I’ll send two uniforms up there to escort you down less than amiably.”

The phone clicked, and went dead. 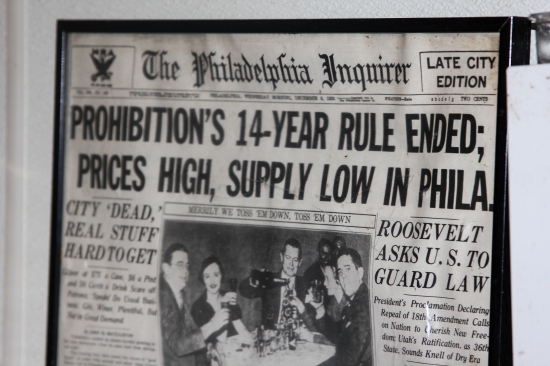