At 3:00 PM on a Thursday, I found myself almost alone in the local hombrew shop.

Maryland Homebrew is a popular store. I’m used to sharing the mills with several other people, chatting about recipes while waiting my turn to crack. The yeast fridge is often crowded by homebrewing newcomers searching for a specific strain, while veterans reach past them for tried and true favorites. On any given Saturday, the warehouse space in the back hosts a smattering of curious DIY brewers, all of them sitting, laughing, sipping, while they watch a pot boil.

But this time, short of the staff quietly going about their work, it was just me. Just me and all that potential beer.

I took some time. And I mean took it. Gathered it up in my hands and consumed it. Spent each minute purposefully, deliberately, methodically.

It had been too long since I’d taken some time to be with my hobby. The stresses and obligations of life had turned it into perfunction, another box to check so my brain wouldn’t keep me awake all night with constant reminders of unchecked boxes. I had, in a way, distorted my fun into a form of work, disfigured my avocation with nasty scars of predictable routine.

I let the Maris Otter tumble through my fingers into the whirring maws of the mill. The exposed starch piled up in pillowy white hills. As I waited, I popped a few kernels into my mouth.

The next day, I brewed. Ten gallons, split into two batches of five. The batches are wedding bound; a simple Amber and Brown requested by the bride and groom, respectively. I normally brew alone, but my mom, staying with me before her trip to England, played an eager Igor. She’d had my beer before, but never actually participated in the brewing.

She asked questions I’ve long filed away as “known;” reminding me clearly of how much beer- and brewing-related information I’ve squirreled away in this caffeine addled brain. But her naivety was refreshing, if not down right rejuvenating. There stood a 59 year old woman who has seen and traveled and tasted the world, asking me, in earnest with sparkling curiosity, about the very basics of brewing beer.

And with that, on my front porch, drinking a Yuengling, stirring in an eye-balled half ounce of centennial hops, my heart broke. I saw in my mom myself, the me of 10 years ago, when all this brewing stuff was shiny and new. A version of me all but gone, replaced by some jaded asshole who thinks too highly of himself.

I had forgotten why. Why any of this mattered to me. What a hand-me-down kettle, some malt extract, and a dirty party tap on an old Coca-Cola corny meant to me when I first got it into my brain that I was qualified or skilled enough to make something as delicate as beer.

Forgotten all those hilarious stories of growing up with a dad who made his own beer-of-questionable-quality. Lost, in the wheel-spinning bullshit of Tweets and petty internet squabbles, the fact that I fundamentally love creating beer.

I’d let the demons of politics and pride in, stood by idly as they painted the walls, rearranged the furniture, and created a space I was no longer comfortable in.

And then I had the audacity to blame anything but myself.

It’s a weird thing to rediscover a wayward portion of yourself. Like firing up an old video game and finding a save file that you made, years ago, but having only vague recollections of what you did in the game to get to that point.

I just fired up that old save. I’m a little lost as to where I am exactly, but I do remember how to play this game.

Let’s just hope I can actually beat it, this time. 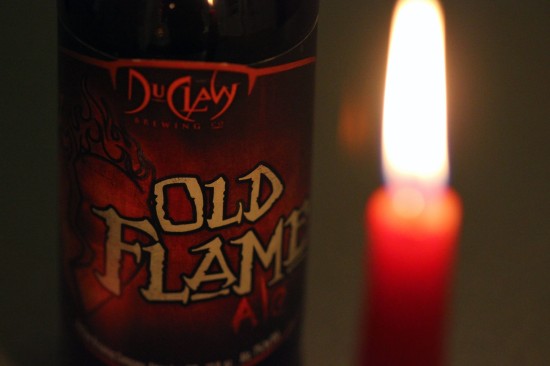