Six scars dot the spot on my hips just above my butt, three on either side. Six natural tattoos that align like a constellation made flesh, remnants of fallen stars turned permanent scars.

Truth be told they’re fading, the angry aubergine blotches of 3 years ago now lavender and calm. But I still know they’re there, popping out against the pale of my sun-starved skin every time I look in the mirror, constantly reminding me of when I did battle with cancer on behalf of someone else.

The process hurt; it was a literal pain in my ass. The lead up to the marrow donation wasn’t exactly a lazy garden party either; friendly but stabby phlebotomists would harvest fresh red cells from my arms weekly, testing them for diseases and genetic markers that sounded more like Sanskrit than science. For several months, in the artificial brightness of the Johns Hopkins Weinberg Cancer Center, I’d sit and wait for my name to be called, staving off the sadness of being surrounded by people worn down to their last tatters and threads of hope.

Some wore masks; immune systems too weakened or compromised to chance a random infection. Some sported wheels or oxygen, as their bodies played host to an evil tug-o-war between cancer and chemo. All were there for one reason though, one solitary call to arms from family, friend, and fears:

I donated bone marrow to my father not because of some righteous motivation, or some personal grab at attention, but because I saw how hard he was fighting, and wanted to fight alongside him. It only seemed right, to throw myself into the fray when the man who’d fought his whole life for me, needed reinforcement.

Unfortunately, the battle proved much for already weary bones, and my father is now feasting in the halls of Valhalla. But that’s not always the case. A family friend is celebrating her husband’s eighth (8th!) year in recovery, after undergoing a harrowing bone marrow transplant to combat his Acute Myeloid Leukemia (AML). Even more impressive, the man who donated was a complete stranger, from the other side of the country, who physically gave part of himself to another out of purely altruistic love. I can’t help but smile when I see the pictures of Jean and Rob happy and healthy, and am proud that I tried to give my dad the same gift.

Father’s day often feels like a masquerade holiday, where we put collective masks over our patriarchs, pretend they’re stock jokes and knee socks, play a silly game of beer and barbecues and calendars of babes. There’s nothing inherently wrong with that; most dads love a little attention and at least a day to romp in their most baser joys.

But this father’s day, I urge you to think bigger than a new set of grill tools or ratcheting sockets. Consider giving a gift that transcends the material, that could mean the difference between hopelessness and an optimistic future.

How to Donate Bone Marrow

Blood cancer is one of the few types we can directly treat, and treat with a relatively high success rate. The process is a miracle of modern science: through balanced chemo they reduce the recipient’s immune system to nearly nothing, then introduce the healthy donor marrow. Over the next few months, the healthy marrow replicates and creates a new immune system inside the patient’s body, which eradicates cancer causing cells naturally. Even more incredibly, the recipient will have the same DNA as the donor!

This Father’s day, even if you do decide to give your dad some fun gifts, remember that there are thousands of other fathers out there who want nothing more than to stick around on this planet a bit longer. If you’re healthy and care about giving gifts that really matter, I can’t think of any better gift to give.

I’m also happy to answer any donation related questions in the comments below. 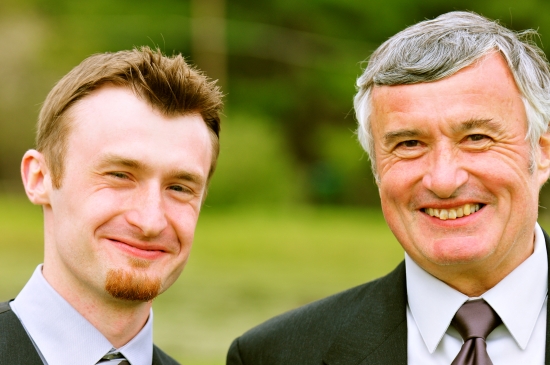