I start everyday with a shower. While I spin around ritualistically in the hot water, ideas start to froth forth from my brain like the bubbles of my Garnier Fructis. I have some of my best ideas as I stand, half awake, doing my daily preening, and should probably invent some sort of waterproof notepad so that I can write while I cleanse.

If I take a cross-section of all my writer friends and boil it down to its atomic basics, there seem to be two quite bipartisan groups when it comes to ideas: those who have more ideas than they know what to do with and those who struggle to come up with any ideas at all.

As a sufferer from clinical Overimaginatitus, I fit into the prior category. I am constantly coming up with ideas, all day, most of which are so bizarre and so specific to my own preconceived mental conditions that they are little more than wisps of inanity that disappear just as quickly as they came. My challenge is sifting through the hoard of ideas my imagination creates, finding the ones that have potential and moving the rest to the recycling bin of my brain.

But I know there are other people who either don’t don’t experience a deluge of so many ideas, or struggle to convince themselves than an idea is good. This is equally challenging and it requires a lot of personal discipline to run with and commit to any one topic.

How does one figure out which ideas are worth the rare delicious spice that is our writing time? How can we possibly know, in the microcosm of the world that is our own creativity, that one specific idea will lead to an engaging finished product?

We don’t. Probably can’t. But there are somethings we can do to come up with good ideas, and more importantly, make sure we execute them in a way that shows other people how good the idea is.

I get ideas in the shower because my mind is quiet. I am able to complete the necessary bathing activities without much critical thinking, leaving my brain completely open and available. I let my conscious mind disappear into the white noise of the falling water, the heat on my skin, the smell of the various soaps that litter our shower stall.

From this mental carte blanche, the ideas begin to coagulate.

Other activities promote this idea generating state: mowing the lawn, running, watching SyFy Originals movies. I know that these banalities can serve dual purposes in my life, and I’ve started to actively notice when more ideas are flowing than usual.

There are two generally accepted ways to kick start this sort of hyper-creative state of mind: overstimulation and sensory deprivation.

My showers are an example of sensory deprivation; a situation and environment when I have almost nothing to think about, and can let my left brain magically guide my muscles while my right brain inhales the intoxicating mists of whatever my brain is smoking. Many classic forms of divination (like scrying and gazing into a crystal ball) work off of the concept of sensory deprivation.

Overstimulation is the exact opposite. Some people can find amazing value in exposing themselves to an extreme influx of sounds and sights and smells. The idea is that your senses get so overwhelmed trying to process everything that your left brain takes over in an attempt to save your brain from imploding. Some people have their best ideas when they are about-to-collapse busy, chasing kids, finishing up a big project at work. This is a classic example of overstimulation.

The next time you’re suddenly awash with great ideas that you can’t seem to silence, think about how you got there. If you can figure out what situation is the most conducive to you creative compelling things, you can watch for similar situations going forward and start to learn when you brain is at its most active.

I used to beat myself up over losing ideas. I’d have something (I thought was) brilliant to use on the blog or for a longer form piece, only to come up with ash and fragments of ideas when trying to recall it later.

In defiance, I started writing everything down. Every little idea, phrase, quote, doodle, word, lyric that inspired me. It quickly became an inky chaos where ideas entered, but never exited. I could never find the original thought, and when looking back over my own scribbles, often thought that I needed serious psychological help.

Make a spreadsheet. Start writing your ideas down, in order, with dates of when you came up with them. It doesn’t have to be fancy, just something with enough function to keep things organized. Once you get used to using it, you can get fancy: color coding, tabs for levels of interest, comments with tangential ideas, even crazy things like who and where you pitched said idea to.

Not organizing your ideas is like asking for them to disappear into the cosmic background radiation. It’s like a carpenter ordering a bunch of wood to build a really nice desk and having the delivery company just dump it in a huge pile outside his workshop. He’s going to be able to focus on what is much more important – the craft and artistry of building that awesome roll-top desk I’ve always wanted – instead of sitting there, trying to organize the wood into piles, just to find the right piece.

You are a person (unless you are some sort of magical rock). You live, eat, dance, fight, and work with other people. Find some people who are similar to you temperamentally and creatively. When you have an idea, share it.

Don’t sit and ramble about some weird-ass dream you had where you went to an underwater school and had to swim between classes because a giant sea monster with a light red on his head tries to eat all the student as they swim.

Do sit and ramble about the story you might want to write about some kids who go to an underwater school and their potential hilarious perils. Ask questions, listen to reactions to your plans, internalize what you can, and discard what you don’t want.

When you talk about an idea, you can get other perspectives on it; other evaluations of its potential word-worth, and most importantly, you can hear it again outside of the filtered, unreliable confines of your own mind. The greatest idea you ever had (like for reals it was so good, NY Times bestseller for sure) might sound totally cliched and moronic when you actually try to explain it to someone.

Talking about ideas can either make them into something worth writing, or remind you why not everything that comes out of your brain is neuron-forged gold.

I think most ideas have potential. They are seeds of promise, just waiting for the fertile soil of a blank Word document and the right conditions to grow.

I also think too many writers, armed with Miracle-Gro laced with impatience, try to force their seeds to sprout too quickly.

Good ideas take time to mature. Go check out the amount of research time it takes for someone to get enough background and context to finish a book. The basic unit of measurement here is years. Ideas for short pieces will obviously have less fermentation time, but you should still appreciate that it may take a while for you to even really know what you want to write about, nevermind what the actual story is about.

Don’t rush, guys. Seriously. It’s not cool. Your ideas deserve their childhood. You don’t want to be the reason your ideas need to go to therapy in their twenties to talk about their loss of innocence.

Take your time, let your ideas grow naturally. I promise they’ll be better for it. 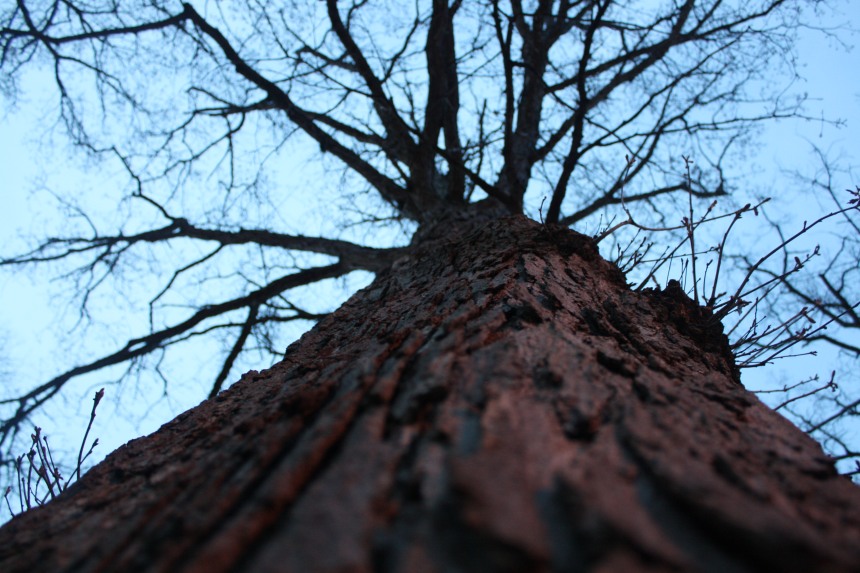 “Words are but the signs of ideas.” -Samuel Johnson