Mainly because, for the past few years, I was a member of a cult. A group of single-minded missionaries, of fanboy zealots, of plaid-clad revolutionaries, riding out from California on their own modern crusade.

I didn’t even really know I was a member, but I still played my part. I parroted the virtues of our leaders to anyone who would listen (and many who were only pretending to listen), meanwhile demonizing the unforgivable sins of our “enemies.” To me it all made sense, it made me feel good, and gave me a sense of identity. The group felt like home, a warm and cozy fireside gathering where the other people in the room just “got” me.

I didn’t question or challenge the narrative. I was perpetuation manifest. I was a member of the Cult of Craft Beer.

Ha! Beer as a cult! Sounds ridiculous, right? Perhaps Oliver has been dipping into the rum stash too much, and came out the other side a wee bit hyperbolic?

Perhaps. But perhaps not.

Let’s look at some of the defining characteristics of cult-like behavior (my emphasis added):

Sound familiar?  Trade organizations setting definitions so we know what to drink? People on social media treating honest criticism as inflammatory nonsense? These behaviors rear their heads often, as new people enter the fold, or diehards do their best to keep the group-think thriving. The “Us-versus-Them” mentality is particularly strong, and has a become a defining aspect of “craft,” even though the “devious” Big Beer Companies still produce and sell 80%+ of all beer in the country.

The cult is alive and Tweeting. Don’t believe me? Here’s a recent conversation I got into with @BrewStuds:

Rhetorically, this is dangerous territory. It puts beer in the same category as emancipation from slavery, civil rights, women’s suffrage. It sounds like we are fighting for some righteous cause, like we’ll go to war if we must for our “rights” (even if those rights only apply to what fermented drinks we can buy). It’s absurd when viewed from the outside, but totally reasonable to someone on the inside.

I challenged BrewStuds and said their thinking was potentially militaristic. Their response: “Militaristic? Passionate maybe.” This argument comes up a lot in conversations about beer, the idea that passion is justification for pretty much any behavior, and the real reason for brewing beer. Not money or economics or science, just “passion.” It tends to trump anything else; in the eyes of the cult, there’s no way craft brewers are anything but open and altruistic, because of their “passion” means they’re making great beer for us to enjoy with no ulteriors whatsoever.

This psychological magnetism to beer isn’t really a surprise, though. It was going to be something, and beer’s timing was impeccable.

With the economy still sluggish and a large chunk of Millennials out of work or underpaid, America is ripe for cultural makeover. Much like Tyler Durden’s “Project Mayhem” in  Fight Club, those joining the craft movement do so of their own free will after meeting others who’ve joined the proverbial fold, seeking some kind of freedom from the status quo, something they can wrap their identity around to feel like they’re part of something bigger than themselves. Beer might seem an odd vehicle for cultural readjustment, but history plus availability plus the clever story of authenticity woven by small brewers has made it a perfect catalyst for social chemical reaction. Plus, humanity has always had a penchant for intoxication.

Now that I’ve managed to step aside (either through disillusionment), I can see just how powerful the pull is. Many Americans (especially young Americans) are lacking financial and vocational independence, and it makes sense that they’d seek identity through some cultural movement. It makes sense that they’d come together to form a group, and beer, breweries, and bars offer an ideal set of circumstances (regionalism, nationalism, egalitarianism) on which to build a like-minded community.

But all perceived sense aside, a one-sided narrative, especially one fueled by a business-minded trade organization, is not an ideal way to live one’s life. Cults, typically, are not good things. They promote polar thinking and mindless subservience, even if the original goal was something much, much more humanistic and kind.

But cults are also not often an intentional creation, they just happen when one’s message reaches enough people who agree with it.

So is craft a cult? By literal definition, definitely a solid maybe.

Note: I want to make it very clear that I am not against the Brewer’s Association, no more than I’m against ABInBev. I’m a writer, trying to stay impartial. I actually support the BA and what they’ve done for over all US beer. But it’s important to look at all sides, as objectively as possible, without letting your personal prejudice (either way!) color the debate. 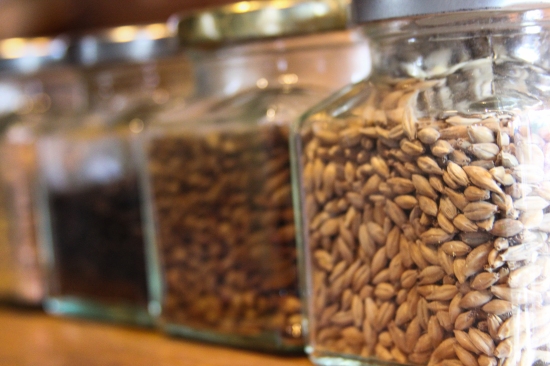